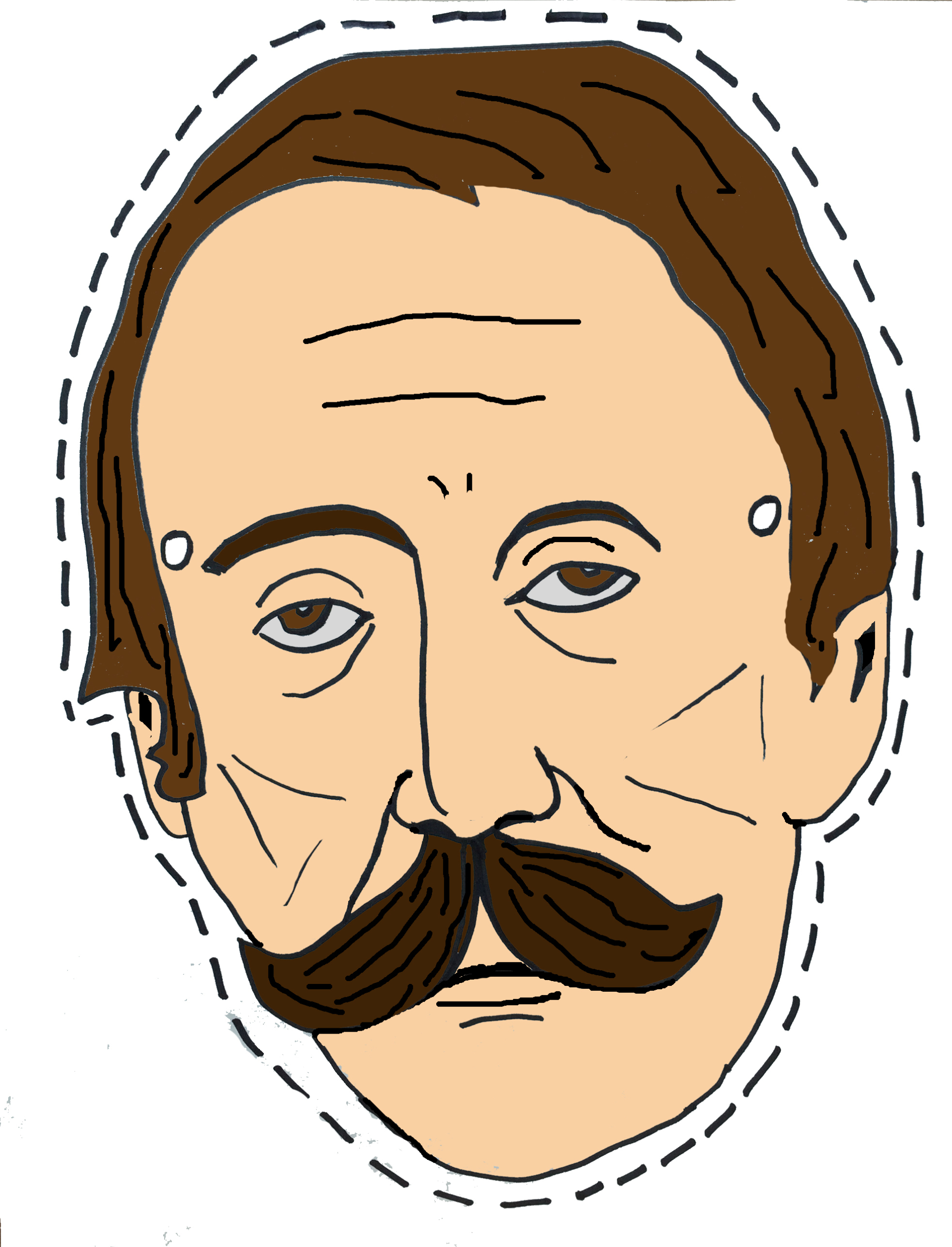 Henry Bergh? Who is that, you ask?

Here’s a hint: This man with the drooping mustache was a dog’s best friend. And a cat, horse, gerbil, parakeet…

Any animal you could possibly grow attached to owes a debt of gratitude to Henry for his dedication to their well-being. For on this day in 1866, The American Society for the Prevention of Cruelty to Animals (ASPCA) was founded in New York City by the indomitable Mr. Bergh.

After stepping in to prevent a carriage owner from beating his fallen horse (a not untypical scene in the mid-1800s), he realized there was much to be done to protect helpless animals. So he decided to resign his diplomatic post and devote the rest of his life to advocating for all creatures great and small.*

Among other achievements, “The Great Meddler” (as newspapers dubbed him for  upbraiding those who treated animals like slaves) developed the clay pigeon, to spare live birds from being blown to bits by thoughtless sport shooters.

To say he had a big heart would be like saying Lassie was just another collie. So in honor of this early animal rights activist — who, in true SuperOptimist fashion, turned unfortunate circumstance into positive action — we encourage you to partake in Wear-a-Mask Wednesday. (It only seems fitting that Henry looks a bit like a Bloodhound mixed with a Weimaraner, sporting a Yorkie Poo mustache.)

Want to go further? If you’ve got a few bucks to spare, a donation to his favorite organization would help matters.  Or if you’d like to assist animal shelters, that would be swell too.

*Fun fact: Henry got in a tussle with P.T. Barnum over the showman’s treatment of snakes and other “performers” — which Barnum stoked for its publicity value.  But over time, Barnum came to appreciate Bergh’s mission, so much so that he left sizable donations to humane organizations in his will and even erected a statue in Henry’s honor.