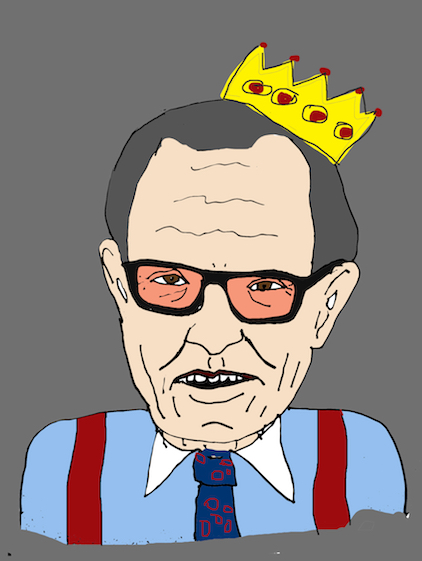 We’ve never looked at television host Larry King as an oracle, at least not until his death at the age of 87. Only then were we made aware of a quote attributed to him that could be the simplest explanation of how to navigate the vicissitudes of life.

“If you have passion, a chip on the shoulder, a sense of humor, and you can explain what you do very well, it doesn’t matter if you’re a plumber or a singer or a politician. If you have those four things, you are interesting.”

Perhaps Larry was only referring to whether you’d be a decent subject for one of his interview programs. But in this salient nugget of wisdom, he could well be stating what all the monks, priests, scholars and philosophers have spent centuries and volumes trying to define as a “life worth living.”  Let’s break it down to it essentials, shall we?

*Despite many people thinking Larry had died ages ago, he actually just kicked the bucket on Saturday. Utilizing his own four point system detailed above, he managed to beat the actuarial table by a good 8 years.