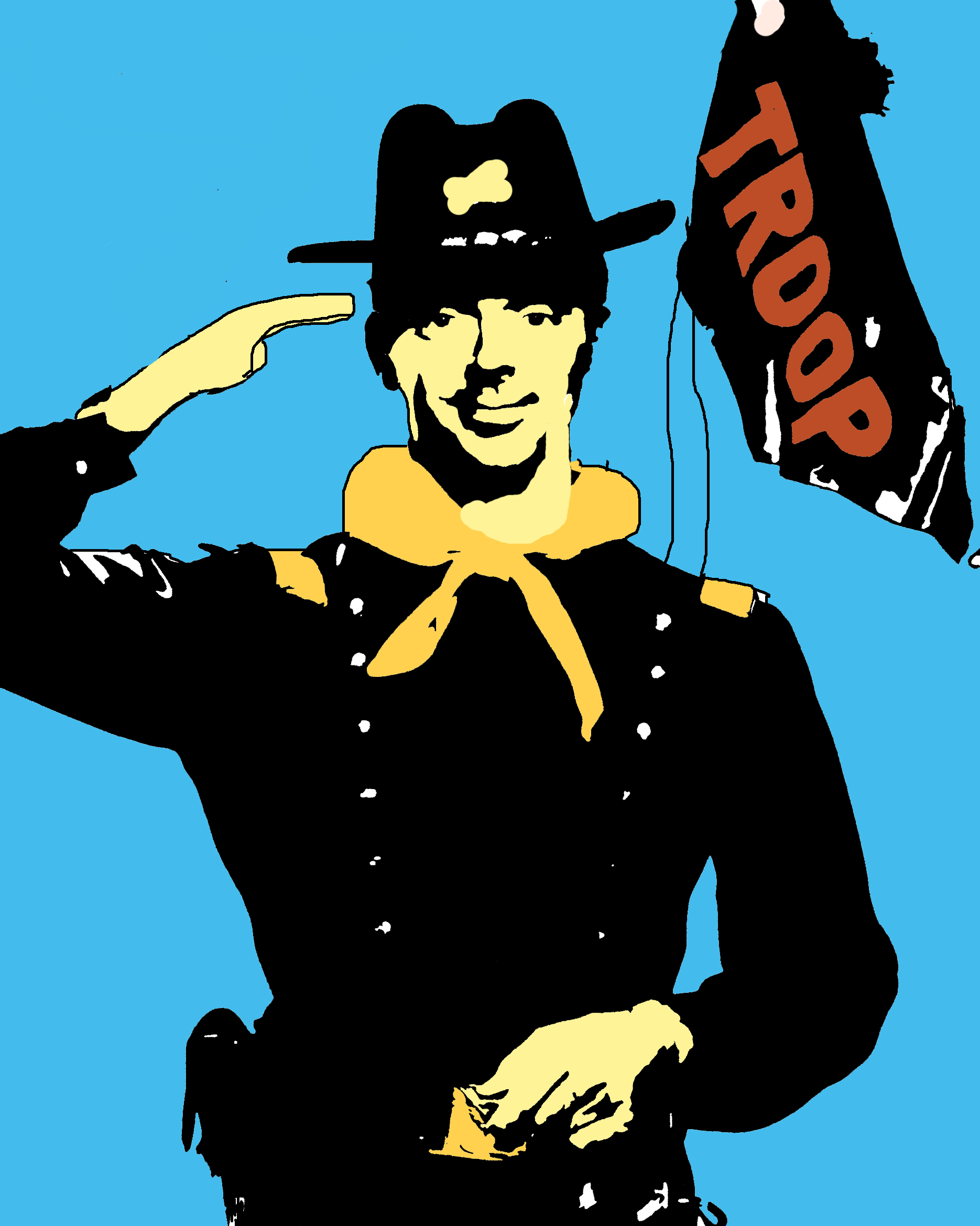 This week, we mourn the passing of a great humanitarian and leader, one who brought the country together in perilous times and who gave selflessly to his profession.

Carrying himself with humility and restraint, he led a ragtag team of soldiers to prominence in the face of great odds. (He was also a frequent guest star on “The Carol Burnett Show” and played the lead on “Mayberry RFD.”) So let us pause during a time of discord and division to acknowledge the life and legacy of one Kenneth Ronald “Ken” Berry.

Starring as Captain Wilton Parmeter in the ABC series “F-Troop.“ Berry was a man America turned to for comfort during the years 1965-67.  Although Larry Storch hogged more of the comic spotlight as Corporal Randolph Agarn, it was Berry’s indomitable work as Parmenter that was the glue that bound the men of Fort Courage together.* Going against the redoubtable Fess Parker in “Daniel Boone” on NBC, they were solid in their Thursday night time slot for the entirety of their 65-episode run.

Taking on the hapless role of kook, klutz and fall guy, Berry made frustration and failure into an art form.  And while the New York Times referred to him as the “bumbling hero” of the show, Berry was much more than that. Without the physical grace acquired from years of professional dancing, he could never have pulled off the tricky business of stabbing himself with his quill pen, becoming entangled with his ceremonial sword, and wincing painfully as his superior pins a medal to his chest – immediately earning his character another medal for being wounded getting a medal.

The fact that Ken was a trained in the mold of Astaire and was hoping to star in the next wave of movie musicals (which never materialized), only makes him an even more heroic figure.  For Berry didn’t quiver and buckle when his plans went awry.  Instead, he turned the lemons of show business into the lemonade that was “F-Troop” (and later, a star turn in “Mama’s Family”), never complaining, never pulling focus from his fellow thespians, always comfortable in his own shoes.

And speaking of shoes, Berry later became a spokesman for Kinney, singing and dancing to the “Great American Shoe Store” jingle in commercials seen coast to coast. While far from his dream of the big screen or the Great White Way, Berry gives his all in these 30 second spots, and the resulting sales marked a high point in the life of the now-defunct footwear chain.

And so, on a day spent saluting the passing of president #41, we propose that another man be given a full state funeral, with color guards, brass bands and horse drawn carriage.  For while the record of George H.W. Bush causes some to question his convictions, our nation can truly coalesce around a man who put a pratfall before his own wellbeing.   Ken Berry made this country grin from coast to coast — an act that can erase divisions, heal wounds, and cause warring factions to put down their weapons in order to giggle, snort and convulse with laughter.

*Even the “F-Troop” theme song was centered on the exploits of this great American.  Let us sing in remembrance:

The end of the Civil War was near
When quite accidentally,
A hero who sneezed abruptly seized
Retreat and reversed it to victory.

His medal of honor pleased and thrilled
his proud little family group.
While pinning it on some blood was spilled
And so it was planned he’d command …F Troop!