Jeff Bezos is a failure.

There, we’ve said it. This may fly in the face of conventional wisdom, where the amount of money a person has is the measurement by which people are judged. But anyone building a 411-foot yacht that burns 132 gallons of marine diesel an hour  has obviously got issues (though apparently the environment isn’t one).*

Maybe that’s because poor Jeff and his fellow clueless billionaires don’t have the capacity for healthy introspection. Or the ability to transcend the material world to find even greater happiness within. If only Beezos had turned to omphaloskepsis, he might have saved himself $500 million — and be looked on as a real success.

Omphaloskepsis is another word for navel-gazing.  While this pursuit has gotten a bad rap from the money-changers as a useless waste of time, that is only because they’re not aware of its transcendent power, both as an aid to meditation and a way to contemplate the vast cosmos from which all life is connected.

After all, the navel literally represents the location of one’s birth, since it’s made up of scar tissue from the spot where the umbilical cord was attached. By focusing the attention there, you can experience a rebirth of the spirit as often as you like. For centuries, many seekers of higher truth have practiced gazing at the navel to induce a trance-like state.  The Hesychasts, a sect of “quietists” from c.AD 1050, believed that through deep contemplation of the body, the divine light of God could be seen.

Yoga practitioners know the navel as the site of the nabhi chakra, which they consider a powerful center of the body. It’s also a place to exercise “gut feelings,” like if you’re contemplating building a superyacht in Rotterdam and haven’t given thought to whether it will fit under the Koningshaven Bridge, now considered a national monument. 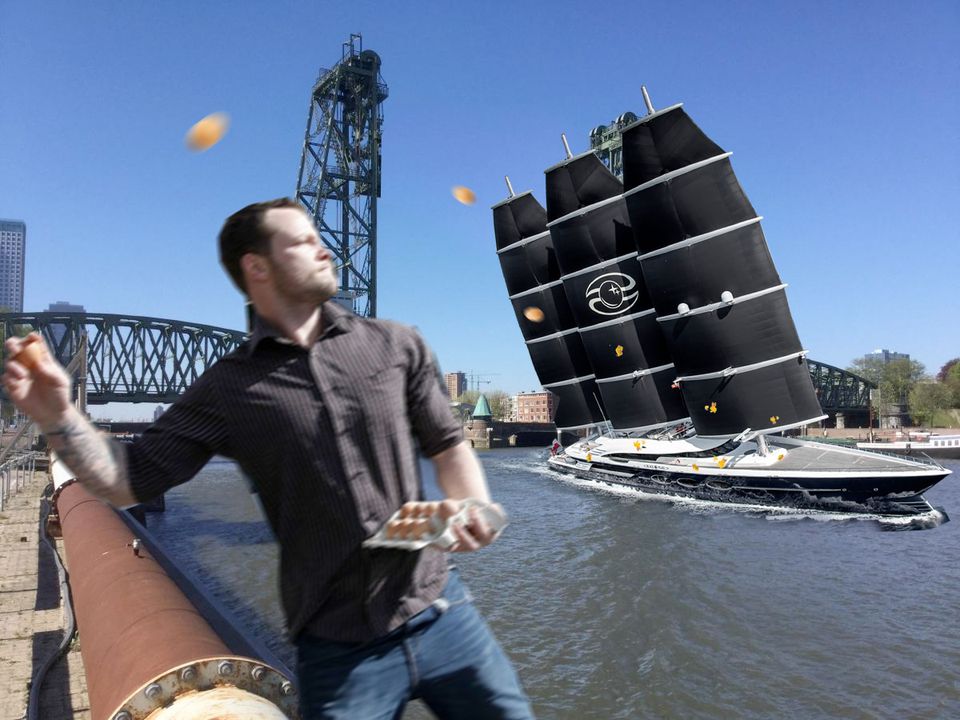 *”Eieren gooien naar superjacht Jeff Bezos ( Throwing eggs at Jeff Bezos’ superyacht)” is a call to the international egg-tossing community to bombard Bezos’ boat on June 1. More than 20,000 people have signed up to participate thus far.