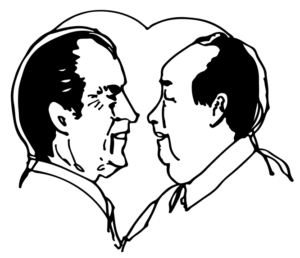 It was a risky move in 1972 when President Richard M. Nixon decided to make cordial overtures to communist China. The USA and China had been at odds since 1949 when Mao Zedong took over leadership of China’s communist party. Despite decades of chilly relations, Nixon decided to warm things up and made a visit to China to meet elder statesman Mao and they had a nice long chat.  Nixon said about his trip:

Wise words for any superoptimist to remember, courtesy of Mr. Nixon.